Spent my Sunday evening with some friends and watch them played Dungeons and Dragons. This is my first experience with D&D, and it was like watching a live performance. Before the organizer invited me to observe in the game, he has explained the general ideas and rules. We also watched a few videos just so I can get an idea of how this board game works. Shortly after everyone’s character was introduced and a few minutes into the game, funny accents appeared to mimic the personality of the roles. Sound effects and music were perfectly added by our well-prepared organizer. Although it was the first time for some of the people in the room, and much time was spent going through the player manual and Q&A, everyone still had lots of fun and eventually immersed themselves into their characters throughout the end of the session.

Even as an observer, it was a pleasant experience. And I ended up adding sound effects and actions as if I were part of the scenario. This relaxing Sunday activity gave me a lot of thoughts on my upbringing. Growing up in Taiwan, I was raised to be “practical and realistic.” Imagination and dreams are for kids. It is very common to hear people say “dreams cannot be reality.” Since a young age, I’ve always had a natural urge to challenge that statement. Lacking knowledge and life experience, I always failed to draw convincing references to support my argument. It wasn’t until I went abroad for school and work, I gradually learned through life that success is being able to turn dreams into reality.
When was the last time you indulge yourself in an imagination of anything? How did that make you feel? Can you envision the future you desire and feel the reality of it? If you are afraid, what do you think you have to lose? After all, successful businesses and masterpieces would not exist without a little imagination from their creators. So, why not have some fun with what our brains can do? 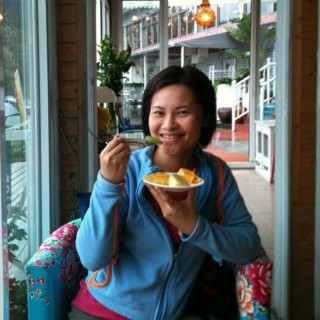 A lost soul wandering planet Earth trying to find a place to call home. Love traveling, love nature, love the country, cottages and anything vintage. Encouraging myself to never stop searching for that fulfillment to my inner void. One step at a time...